As you all know I don’t get as much time to devote to writing on here as I would like.  The responsibilities of everyday life have obviously gotten in the way and brought many thoughts of writing a post to a screeching halt.  I will say that just because the blog posts stop, it does not mean that I am not off reading somewhere in the shadows.  I get many books finished I just can never find the time to post the results on here.  Because of that, it has led me to do these things I don’t like to do, but honestly something is better than nothing.  I of course am talking about a multi book review.  I feel when I do these I don’t give each book the time it deserves, but honestly for the authors it is better than waiting two or three years for me to get it done. One thing can be said for these books though, they have been read and overall I would recommend them to the readers.  I try to keep it positive on here and if I find a book I don’t think anyone could find something positive in I steer away from it.  So every time you see one of these reviews from the beginning remember that they are all worthwhile books to check out.  So without further delay………. 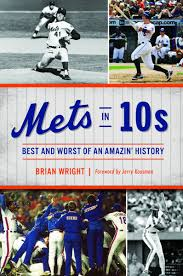 Brian Wright takes a cold hard look at the Mets through the ages with this one.  You have seen books on teams that show the highs of team history, the 50 greatest players and countless other positive bits on your favorite team.  Now while this book does those positive types of things it also takes a realistic look at team history and shows it warts and all.  Villains, losses, busts and worst trades ever are just a few of the things the author touches on.  It really gives a rounded look at the team history and gives an accurate portrayal of what the complete Mets team history really is.  Well worth checking out.

To me before the 2016 World Series I did not think of David Ross as a household name.  Well I guess after that series, he is now.  This one was published just in time to cash in on the popularity of that series and the Cubs finally breaking through.  It’s a nice look at his life and the inside workings of a baseball life, but there is a downside.  You really have to be a hardcore David Ross fan to get your moneys worth.  It’s that way with most biographies but I think this one may need it just a little more than some of the others.

I always enjoy new to me books about  Negro Leaguers.  There is so much history from that League that is lost to the passing of time that it is enjoyable to learn some new information.  Westcott as always, does not disappoint in this one.  I enjoy his writing style and he has done a great job of showcasing and almost forgotten piece of history that take you to so many places you never expected to go.  These stories need to be saved for generations to come.

The late 60’s were a very pivotal time in both baseball and America.  We look back on that era with great reverence and spend a lot of time dissecting events of the day and what the outcomes were.  1967 is no stranger to being under that magnifying glass and this book is no exception.  It looks at what possibly may be the last true era of pure baseball.  Many books have been written about this year and the Red Sox and Cardinals in particular, but every one has put its own spin on the events.  If you have an interest in this period, then you should check this out because perspective is in the eye of the beholder or in this case the author. 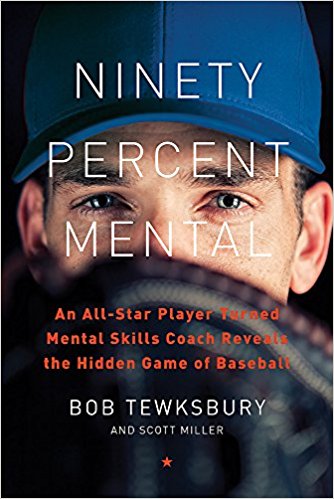 Not the first of its kind and I am sure not the last this one takes on the mental aspects of the game.  How a player has to prepare and how the mental aspects effect the game and its outcome.  I am not sure how many different spins we can get on these things as this is the second one I have read in as many months but they for now are still entertaining.  It may be one of those things that each era has a different approach to the game but as of yet, I haven’t got the answer to that.  It also leads me back to my previous of question of who needs a book.

With Fathers Day right around the corner this is a timely book.  It takes a look at the relationship of a son and father and growing up around the love of your family and a mutual love of a baseball team.  It shows one of the many things that were better way back when and how this is one of the more important things that is missing n today’s world.  I could relate to this one we me and my own Dad and a love of the Phillies growing up.  worth checking out because it may bring back some great memories for the reader, like it did me.

This is another strike while the Cubs iron is hot book.  While I am not totally sold on the Cubs becoming a Dynasty at this point, it is an interesting look at what their plan is and I assume what it still is going forward.  Other teams to some degree are following the same plan, so twenty years from now it will be interesting to see how the plans all worked out for the teams.  Love him or hate him, Theo Epstein has had a hot hand for many years, so Cubs fans will really enjoy this one.

Hoping in the way back machine we take a look at a time in Boston where baseball was king.  To major League teams in opposing leagues fighting for the hearts of its many dedicated fans.  The fight was the same for many cities across the country for those fans.  Places like Philadelphia, St Louis and New York all had to fight and the outcome was the same as Boston, the loss of a team.  But this takes a good look at the competition was like and how hard it was to compete with a cross town rival. 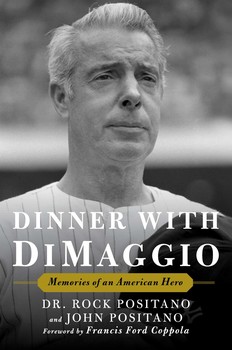 The Yankee Clipper hasn’t played a game in over 65 years and been gone from this Earth for almost 20 years, yet we still find him fascinating.  This book is another look at an outsider who to some degree broke through to the inner circle of DiMaggio’s life.  It is another look at his life and his persona from one of the few who somewhat knew him, because honestly did anyone really know him.  Take it for what its worth, as with all DiMaggio books it is hard to verify all the stories but it may be worth your time.

Nearly half a century later and countless books about them you would think there would be no more stories to tell.  Luckily for readers there is more and this book offers just that.  Some of the stories are recycled but Jason Turbow puts his own spin on telling them, so it keeps it interesting.  They may still be relevant all these years later because we may never see another team like them.  From the roster, to the uniforms, the owner, the antics and of course the back to back to back Championships, its a feat that is near impossible to replicate in todays game.  Quite honestly in anther half century we may still be talking about them, so check this one out.

Hopefully this list jumpstarts some folks to new reading.  Its a varied list with some great new options so there should be at least something for everyone.  All these books are available on Amazon, or if you don’t like dealing with the evil empire you can get them direct from the publishers as well.